Who would have thought vegans knew how to partayyy?! Vegan Nights Melbourne is back again at The Ascot Lot but bigger and better! Haven’t had the chance to visit this monthly event? The team here at HCS think it’s time you did.

If you’re a street lover, we’re calling your name! There will be plenty of food from an array of epic food trucks so fear not about leaving with an empty stomach. I guarantee that won’t happen! 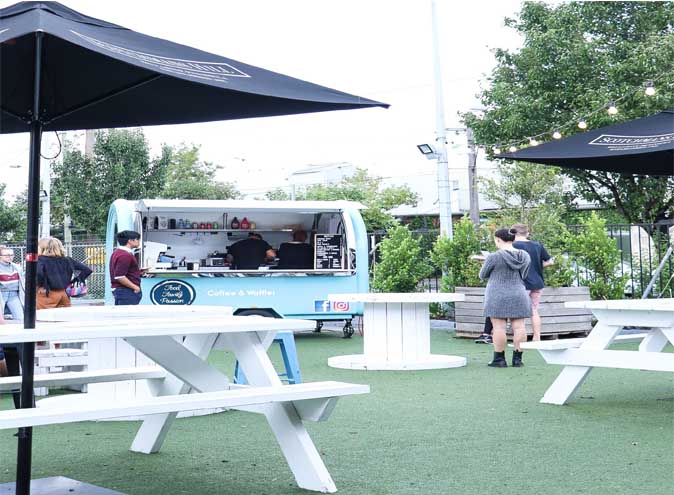 Not a fan of espresso martinis? Don’t be despresso, they’ll have other epic cocktails and craft beers to sip on at the bar! Melbourne’s north-west will be putting on their very best fare, providing you all with plenty of craft beers and cocktails all night long. 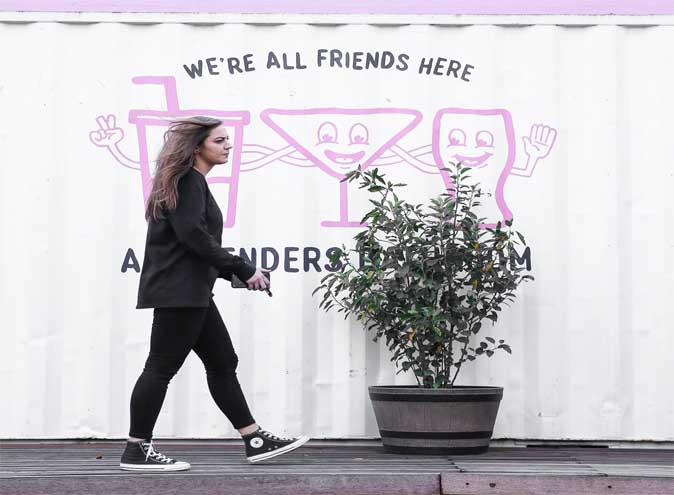 A few weeks ago we visited the recent Vegan Nights Melbourne event and i tell you, it was HIT! 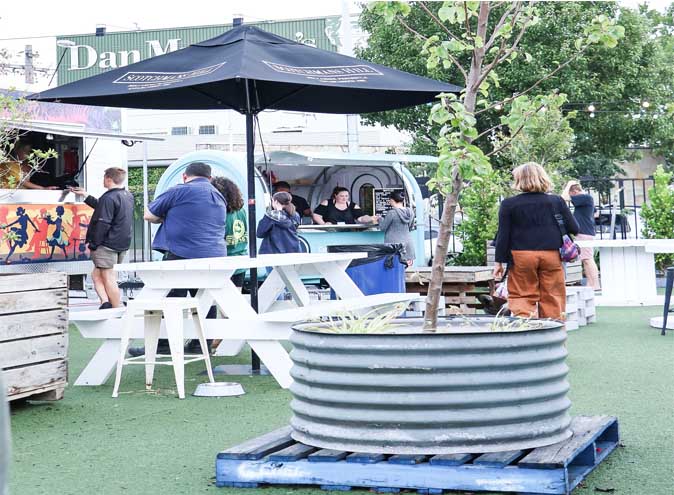 Any pizza lovers out there?! Well this one’s for you! We started out at Pizza Pony and trust me you’ll want a pizza it. One of the best pizzas I’ve ever eaten! I had a slice of their classic Margherita pizza and boy i tell you, it tasted like Italy exploded in my mouth! They also had other delicious pizzas on offer like mushroom and pepperoni which were all topped with lots of vegan cheese! So fingers crossed they’ll be back this month!

Next we dived into some Mexican and visited our bae at Burritobae Truck. Somehow we ended up getting both burrito and nachos because it was just too hard to choose! Porque no los dos? And not to sound too cheesy but they were nachos average nachos. Super flavoursome with plenty of toppings that melted in our mouths with every bite. 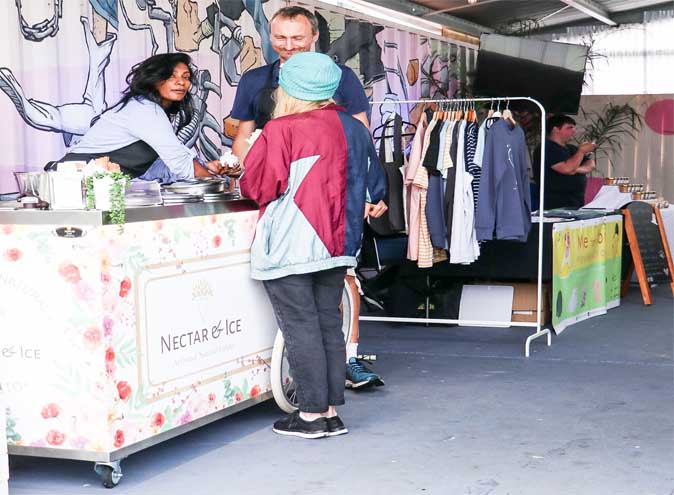 Of course it was impossible to end the night without filling our sweet cravings! A visit to the popular Nectar and Ice for some authentic gelato was hard to resist! We promise their gelato will make you melt! Can never say no to dessert. Being a bit of a chocoholic i HAD to order their dutch chocolate gelato which was so decadent and richest and i could literally bath in it! That good! 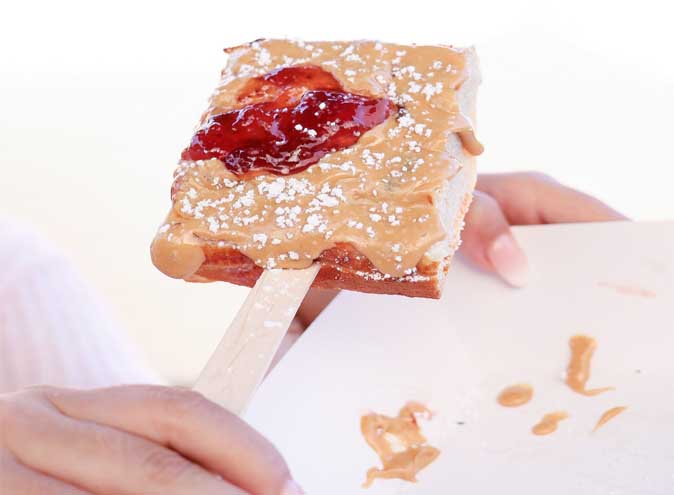 And also a visit to Food Family Passions for some scrumptious, warm waffles which we won’t waffle on about but will say their flavours were EPIC! There were soo many flavours from PB & J to pretzel & caramel and some classics like cinnamon and strawberry & vegan nutella. Being a HUGE pb lover it was no shock for me to pick that options.

We ended the night browsing around all the beautifully crafted ethical products made by the many talented locals. 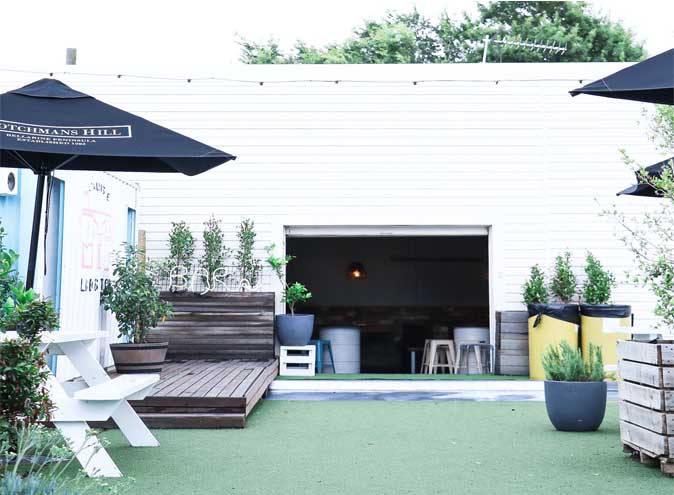 So get ready and get pumped for Vegan Nights Melbourne which is BACK on the 24th March! It will be a fun night full of live music playing epic tunes all night long and many local ethical market stalls selling clothes, artwork and other locally crafted and designed goods.

And of course plenty of taste testings, so fear not about leaving with an empty stomach. 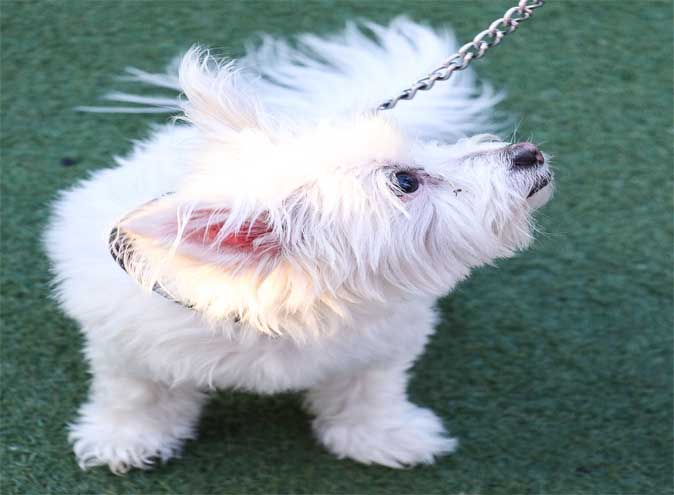 Oh, and both indoor and outdoor areas are doggo friendly! The more the merrier! And if the dogs are there, we’ll be there.  So mark your calendars, bring your pooch along and treat yourself with an espresso martini.  Wanna know the line-up for the upcoming one? Well lucky for you guys we have those details. Burrito Bar, 48h Pizza e Gnocchi Bar, The Bearded Jaffle, Palace Pie and OMG Decadent Donuts will all be at the next Vegan Nights Melbourne on the 24th March. So be there or be square.

Find out more about The Ascot Lot [click here] 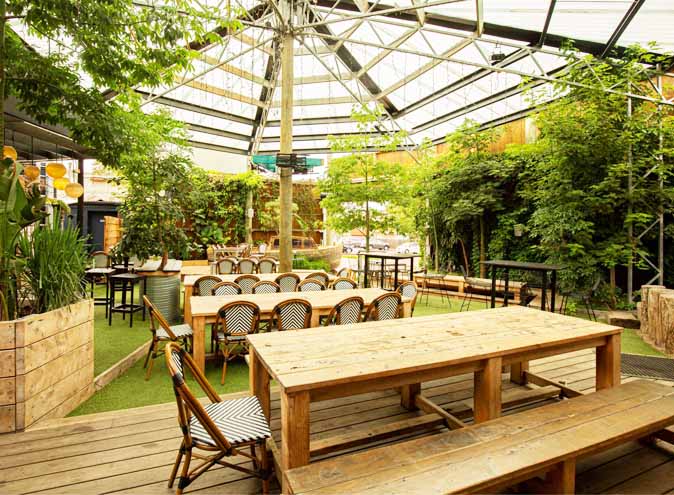 Is This Bayside’s Best Bar and Beer Garden?