If you’re a vegetarian or vegan, you’ve probably heard the incredibly hilarious saying that goes something along the lines of; ‘How do you tell of someone is vegan? Don’t worry, they’ll tell you’, often punctuated with an expletive or two. However, that’s often not the case, with many an ethically-influenced eater piecing together something from the bottom of the menu in order not to cause a scene when out with friends or family. Well, Sydney: gone are those days, because we’ve headed out to source some of the best plant-based fare that the city has to offer. The only hard part now is avoiding the inevitable overwhelming feeling of too much choice… #sorrynotsorry. 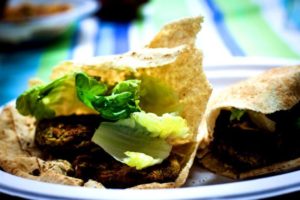 It’s been said – once or twice – that Mother knows best. When it comes to Sydney’s vegetarian and vegan scene, the maxim is spot on. With a variety of traditional and original dishes, Mother Chu’s strives to create a true taste experience, coupled with impeccable service. Take our word for it, every dish consists of the best and freshest produce. Who said eating ethically has to mean a second-class meal? 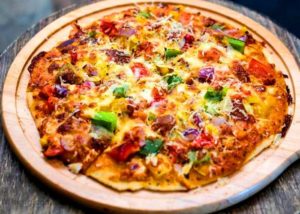 Ever wondered what a Tandoori paneer pizza might taste like? Wonder no more, my vege friends, because Chat Kazz has this bad boy on its books. This all-vegetarian restaurant offers a mouth-watering menu of Indian-style fast-food, so definately give it a go. If you’re feeling especially adventurous, give the cumin soda a whizz. You never know till you try… 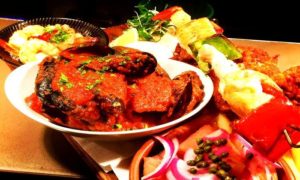 In Newtown, one of Sydney’s most diverse & vibrant suburbs, sits a little gem called Gigi Pizzaria. They’ve been serving up sumptuous vegetarian treats for seven years, so you can be sure they know their stuff. In fact, the sheer number of times Gigi’s has been featured in ‘good food guides’ around Sydney proves it. 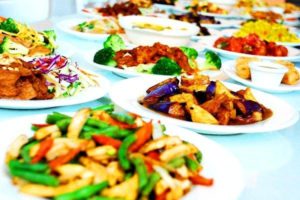 If you’re an ethical vege/vegan and you miss that meaty taste, but don’t want to slice off a bit of a pig to get it, Loving Hut may just be for you. Boasting a menu which includes such delights as viet-style chicken salad, banh cuon rice noodles, vegan-friendly pho and sweet and sour ‘fish’, Loving Hut is a must-visit for Sydney-siders looking for something delicious, wallet-friendly and cruelty-free. 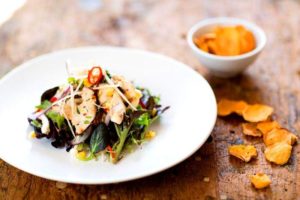 The Plant Gallery might sound like something you’d see in Little Shop of Horrors, but when it comes to this Sydney-based vege restaurant, it’s anything but horrifying. The opening menu included raw vegan Peruvian dishes such as smoky gazpacho shots, Caesar salad with eggplant bacon and coconut crisps; zucchini spaghetti swirled through with a Romesco-like sauce and an Inca berry cheesecake with orange nut crumble. A mainstay today is the chocolate and walnut brownie… and who can argue with that? 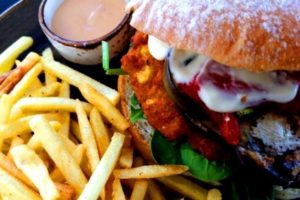 The easiest way to win over a die-hard meat eater to vegan food is, without a doubt, a big, juicy burger. At Soul Burger, they’ve made this their mission, offering a menu which features every type of burger you could wish for – from mushrooms or chickpeas to chilli beef, sausage and battered fish – all without harming the hair on one little pigs’ chinny chin chin. 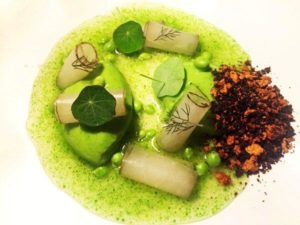 Sick of heading out for dinner and finding one or two vegetarian options down the bottom of the menu that almost look like they’ve been added as an afterthought? So were the owners of Yellow. To combat the lacklustre emphasis on vegetable-based cuisine, Yellow re-launched their dinner menu to be 100% vegetarian in February 2016. Since then, the restaurant has maintained its reputation as a leader on Sydney’s vege/vegan scene. The reason? According to the owners, by treating vegetables with the same consideration as protein, they aim to show that vegetarian dishes are just as delicious as any other menu item. And believe us when we say that they pull. it. off.

Roll out your picnic rugs, grab your favourite red and the popcorn because there’s just 2 WEEKS left of Moonlight Cinema! Whether you’re after a friendly night-in with the fam-bam, a cosy get together with your mates or a cute, romantic date night, this POPULAR outdoor cinema is the perfect ...[more info]

Are you a big Elton John fan? Did you see him live in concert and on the big screen, but still want more? The Grounds of Alexandria, Universal Music Australia and Bravado International have teamed up to bring you an immersive ode to the man himself in the form of a Yellow Brick Road installation. [&he...[more info]

The once empty alleyways and old buildings in the inner-west suburb of Burwood has now been transformed and is full of life with neon lights and hawker-style food alley with 30 food stalls to enjoy some regionally diverse Chinese cuisine. From noodles to fried ice cream Burwood Chinatown has you cover...[more info]

Make It a Magical NYE at These...

It’s a night to let loose, indulge and reflect on the year that was – and where better to celebrate New Year’s than Sydney, Australia’s most recognisable city! Whether it’s light drinks and a three-course meal or an all-out party extravaganza, we’ve got you covered ...[more info]