Etched between the cosy sandstones of Sydney’s most affluent suburb, you’ll find a whiskey bar steeped in charm, history and of course, booze. While it’s now known for creating some of the most inspired drinks in Sydney, this underground whiskey bar was once a hot spot for opium trading. 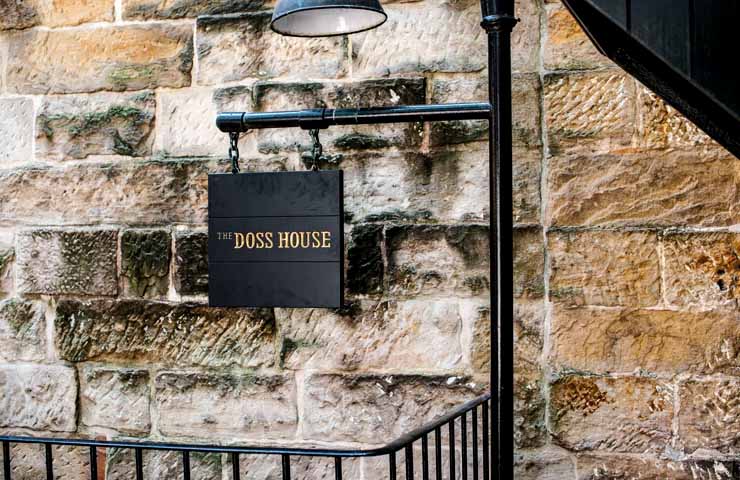 The Doss House is Sydney’s premier whiskey house, holding over 150 different bottles in their collection. No matter which one you chose, you’ll feel the air of old-timey luxury in this heritage-listed venue. American oaks, brass fittings and custom leather seating run throughout the various rooms of the Doss House and each one pays homage to its eclectic list of passed tenants. Drenched in 150 years of history, the Doss House has seen owners ranging from an opium dealer, to a clobber and at one point, a top-class boarding school. 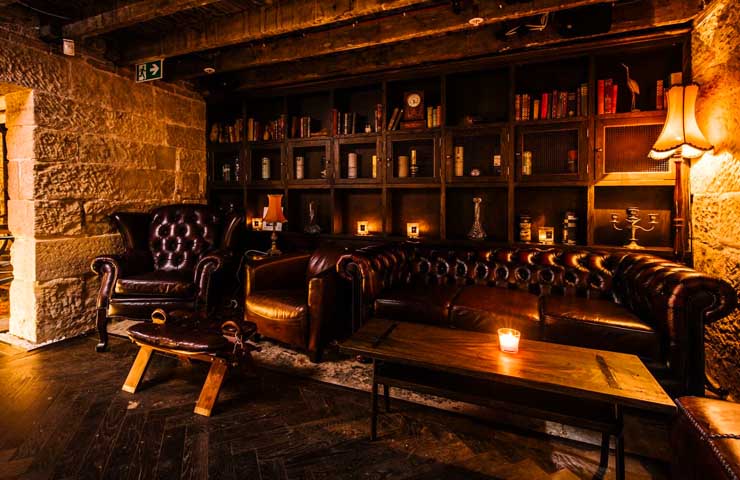 Situated in The Rocks, the Doss House has a room for everyone’s taste. Unwin’s Stores pays homage to the builder and includes the original fireplace, iron stove and an American oak scotch locker. The Dock Bar encourages you to sit at the bar and have their world-class bartenders steer you through their whiskey range, while Ung Quoy’s Den echoes its Opium dealer history and is perfect for small banquette groups looking for an intimate space. Moving through The Doss House, you’ll find The Bootmakers Workshop and The Sailors Garden, the latter being a revitalised outdoor courtyard suitable for those wanting a little more light in their experience. 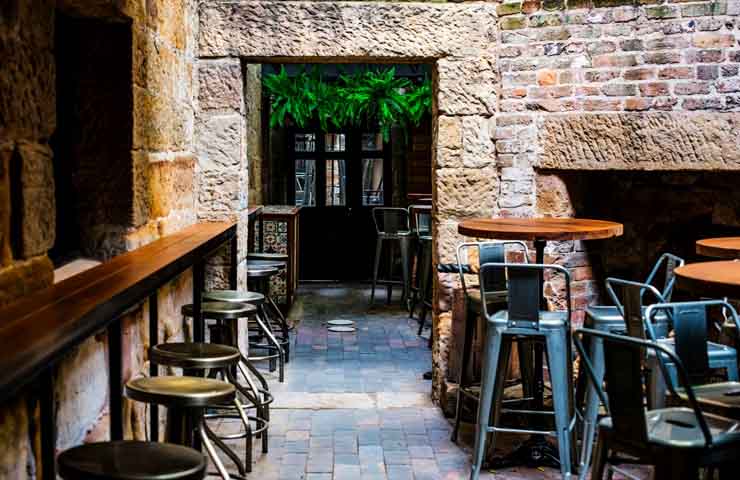 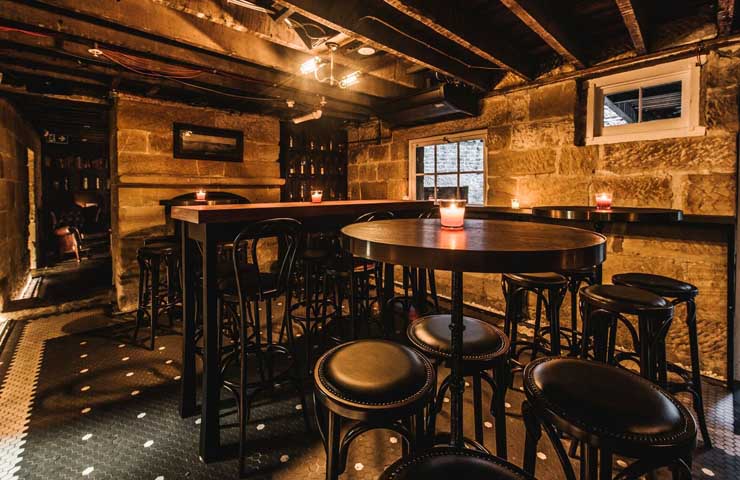 No matter which room you chose, you’ll be greeted by a selection of mouth-watering cocktails. Be taken to another world with concoctions such as the Dusky Scotchman (Laphroaig 10yo, Branca Menta, honey, saline), Blackberry & Lemon Myrtille Fizz (blackberry-infused Stolichnaya, lemon myrtille, fresh lemon, Cynar), and My Name is Earl (Earl Grey-infused gin, peach aperitif, orange marmalade, fresh lemon, basil). 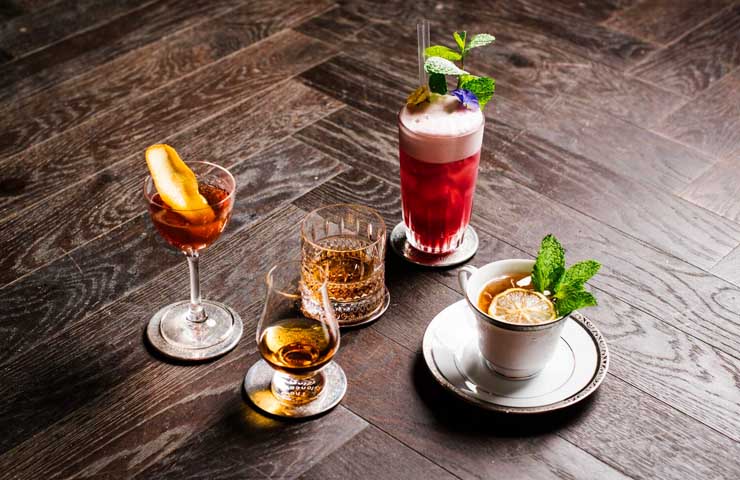 If you’re not yet convinced by the fantastical world of dimly-lit whiskey trading, their food menu will assure you. Showcasing Australiana’s best, chose from a selection of pickles, chutney, cheese and meat or the Aussie platter, which features emu prosciutto, kangaroo salami with damper and Australian cheeses. 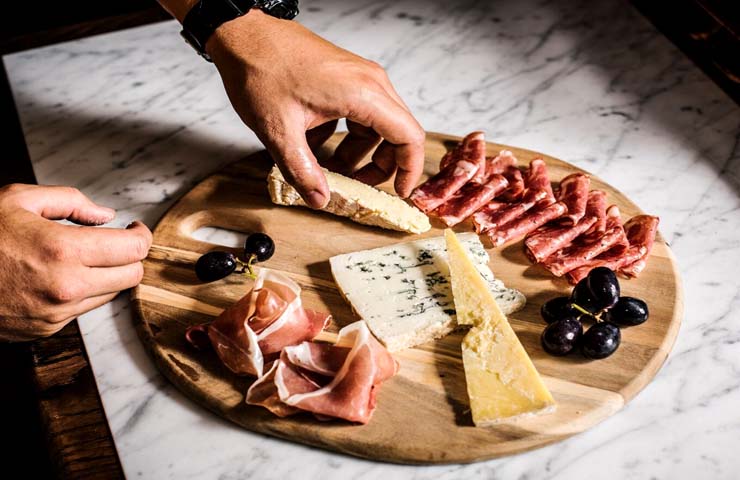 The Doss House is as charming as it is historical. Whether you take in the sights, the food or the cocktails, this charming dwelling will take you on a journey of Sydney’s most debaucherous formative years with a side of contemporary hospitality.

You can find out more information here.

Roll out your picnic rugs, grab your favourite red and the popcorn because there’s just 2 WEEKS left of Moonlight Cinema! Whether you’re after a friendly night-in with the fam-bam, a cosy get together with your mates or a cute, romantic date night, this POPULAR outdoor cinema is the perfect ...[more info]

Are you a big Elton John fan? Did you see him live in concert and on the big screen, but still want more? The Grounds of Alexandria, Universal Music Australia and Bravado International have teamed up to bring you an immersive ode to the man himself in the form of a Yellow Brick Road installation. [&he...[more info]

The once empty alleyways and old buildings in the inner-west suburb of Burwood has now been transformed and is full of life with neon lights and hawker-style food alley with 30 food stalls to enjoy some regionally diverse Chinese cuisine. From noodles to fried ice cream Burwood Chinatown has you cover...[more info]

Make It a Magical NYE at These...

It’s a night to let loose, indulge and reflect on the year that was – and where better to celebrate New Year’s than Sydney, Australia’s most recognisable city! Whether it’s light drinks and a three-course meal or an all-out party extravaganza, we’ve got you covered ...[more info]