Want to escape those guilty feelings you get after indulging in dessert? Then look no further than Australia’s first peanut butter dessert bar, the sweet haven that’s thriving in the heart of Sydney’s Little Italy.

To everyone who loves dessert and enjoys fitness, Peanut Butter Bar will bring you the balance you need in your life. Husband and wife duo, Christine and Najib Elbakht have teamed up to redefine all the peanut butter recipes you know and love by packing them full of all natural nut butters, plant and dairy based proteins, so you’ll never have to feel guilty for indulging again! 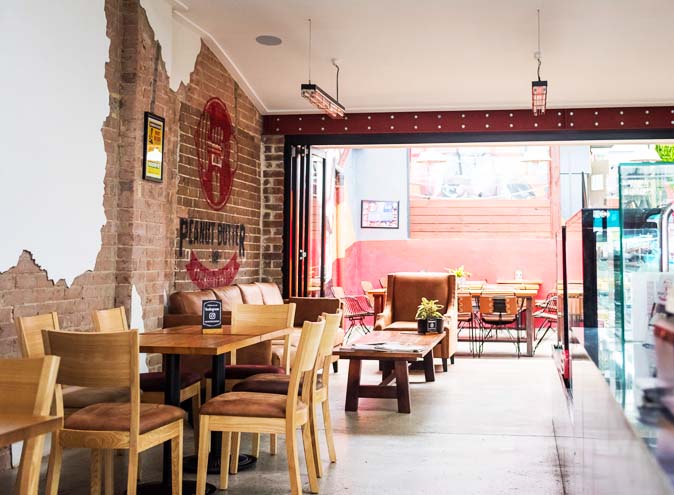 Upon entering this bustling Leichhardt gem, be mesmerised by the built-in peanut butter tap (yes, you read that right) where it flows in a seemingly infinite stream. There’s a reason why a shot of this liquid gold is listed as a ‘must-have extra’ on the menu. 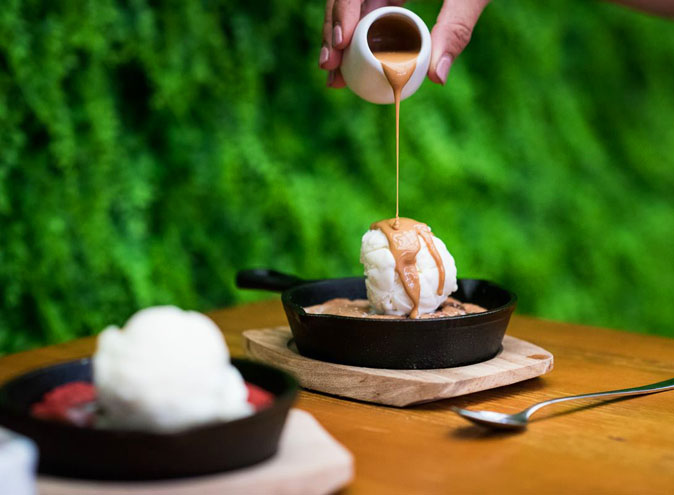 Let’s start with beverages. With Melbourne’s Coffee Mio providing the caffeine hit you need, expect to see all your usual coffee orders on offer amongst specialties such as minty cacao and beetroot lattes. Next up are the shakes. Choose between ‘cheat day’ or ‘beast mode’ and ‘protein power’, the latter two of which are powered by Peanut Butter Bar’s protein gelato and designed as post-workout drinks. 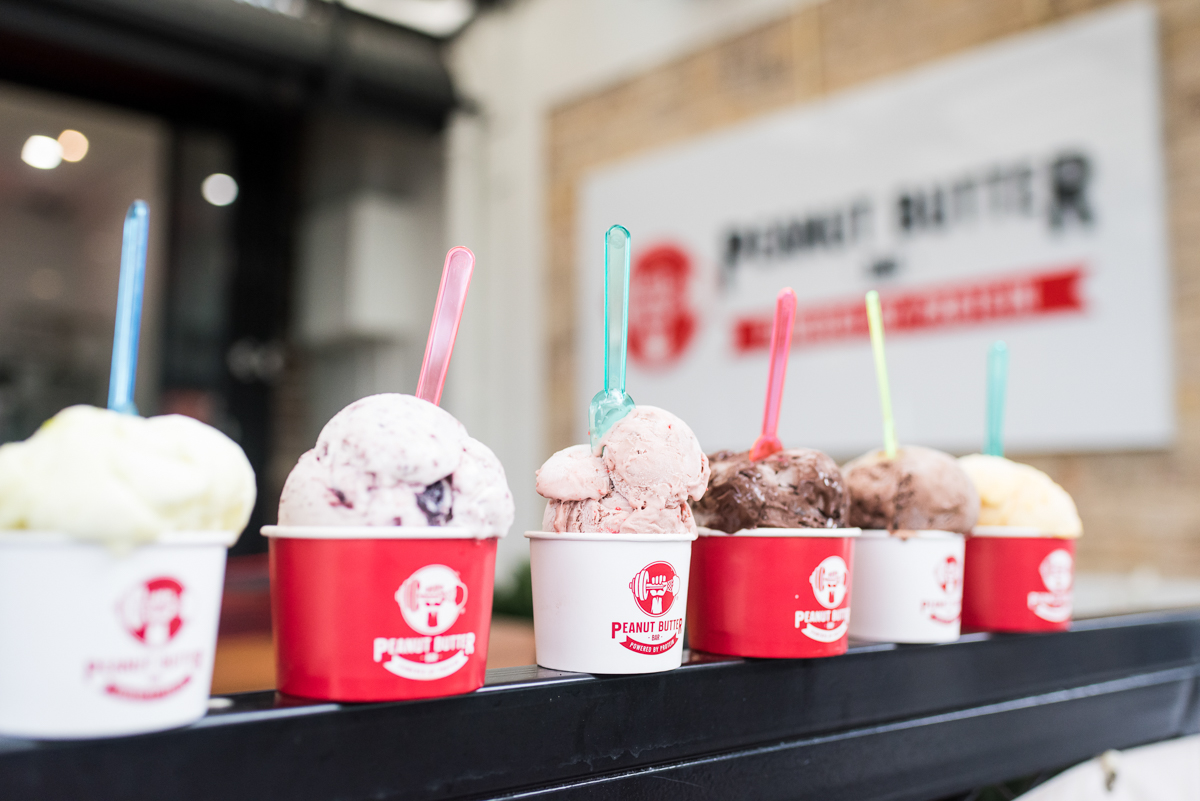 That’s right, protein gelato is a thing and let’s not pretend this isn’t a big deal. The guys at Peanut Butter Bar have found a way to create a diet-friendly version of your fave frozen dessert. With 9 exclusive flavours of protein gelato, these scoops pack 3X the protein and 30% less sugar than that of their competitors. What a game changer.

Choose between a peanut butter choc chip cookie or a red velvet brownie served in a hot skillet and accompanied with a scoop of protein gelato. These along with the decadent peanut butter sundaes are certainly some of the most instaworthy items. 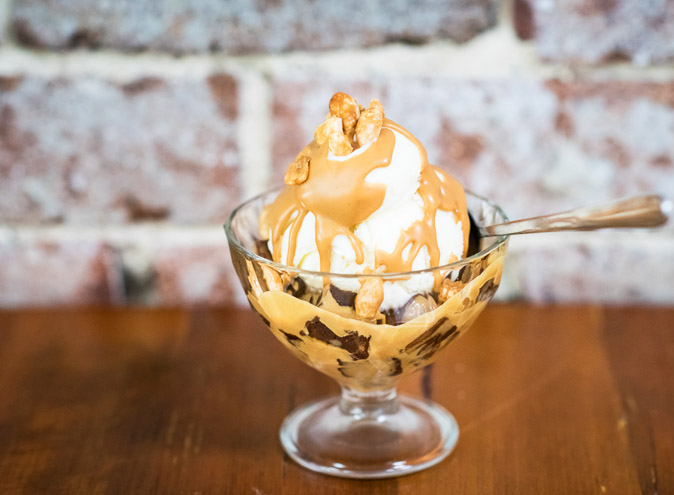 Vegan, gluten and lactose intolerant humans won’t be experiencing any FOMO here either so no need to panic. The menu is totally inclusive with most items already gluten free, dairy free options available and entire sections on the menu dedicated to vegan creations, including their very pretty berry cashew cheesecake available in full size or by the slice. 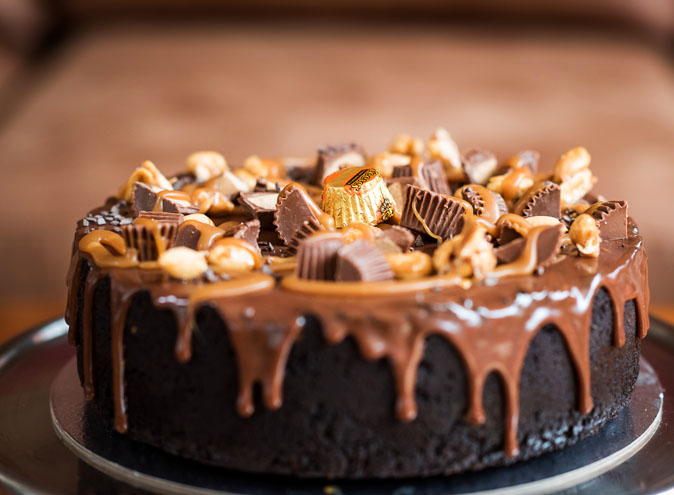 But before you have a chance to taste some of these amazing creations don’t be surprised if you find yourself mimicking the poses of Muhammad Ali and Arnold Schwarzenegger whose muscular figures are proudly painted from floor-to-ceiling in the unique open-plan space. Alongside these vibrant murals are motivational quotes to give you a mental boost while you feast on sweet peanut buttery goodness. 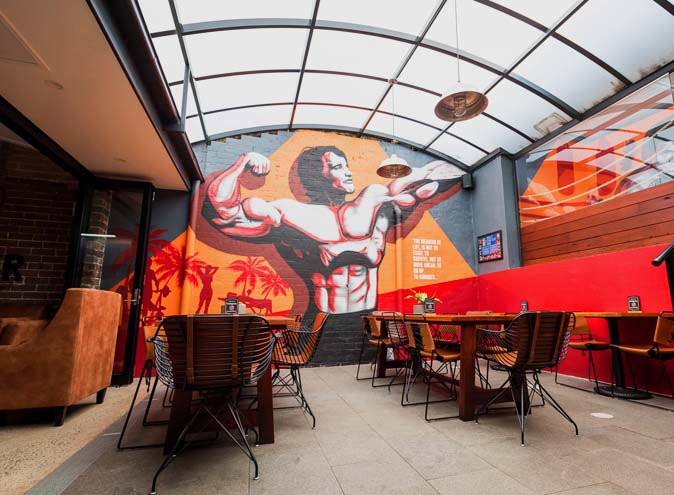 And it’s no mistake that the interior of Peanut Butter Bar is reminiscent of an old boxing studio. Inspired by the original Rocky film, the loft style space has its own custom made boxing ring and features a number of areas including a street-view terrace, café and lounge seating and a lush semi-outdoors green room.

There’s a lot more than meets the eye with Peanut Butter Bar, so get down to this inspiring dessert spot located at 161 Norton St, Leichhardt. 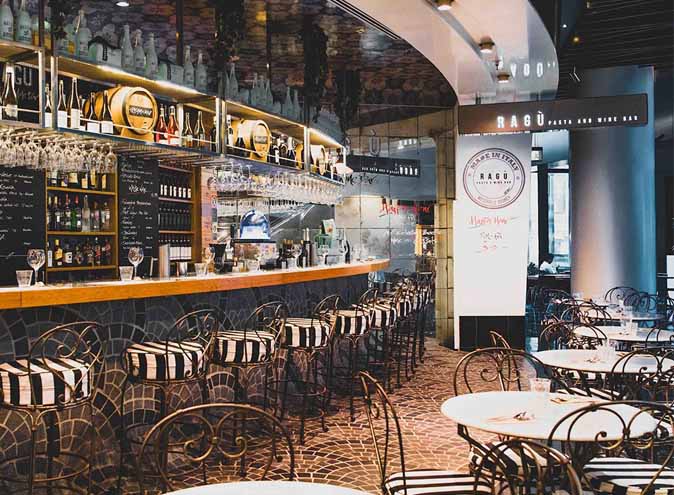