You know those things that live in the same city as you but you’ve never really, really paid much attention to them?

Well, this is the article to help you remember what you never knew.

You know that thing that looked a bit like a horse and a dog and a cat and had two heads and was sorta weird but kinda cool and sat out the front of the National Gallery of Victoria? The one called Angel sculpted by Deborah Halpern? Yeah well its got more than 4,000 individually cut and painted tiles stuck to it.

For me the sculpture doesn’t represent an Angel (whether it’s meant to or not) so much as the Trojan Horse. All I can say is that I’m glad Deborah was sculpting in the nineteen eighties and not twelfth century Greece. Can you imagine if the Greeks had commissioned her to create the Trojan horse to hide the soldiers destined to sack Troy? She would have made Angel. It would have been calamitous; the Trojans would have seen it as one of those trophies that are too nice to accept:

“Hi Troy, we’re leaving now, do you want this? We call it Angel, you should have it.”

“No, no, please take it, it looks better behind Trojan walls anyway.”

“No, really, an ugly wooden horse maybe but that we can’t, it’s just too special. Thanks anyway though.”

And so the Greeks would have sailed off defeated and that could only have meant bad things for Deborah’s career.

Quite apart from the ancient Greek version Angel was a work commissioned by the Curator of Sculpture at the NGV, Geoffrey Edwards in 1986. Work began on the sculpture in October 1987 and, once finished, the piece remained in the gallery’s moat from 1988 until 2002. It now resides in a new home on the waterfront at Birrarung Mar. The structure is decorated by 16 main images including faces, shapes and creatures that together have quite a spellbinding effect.

Apart from the fact that this sculpture has come to proudly represent Melbourne, the best thing about it is that there are no Greeks inside waiting patiently to sack our city all in the name of some woman who caught the illegitimate love bug.

Say Mahalo To The Evolution Of The Poke Bowl 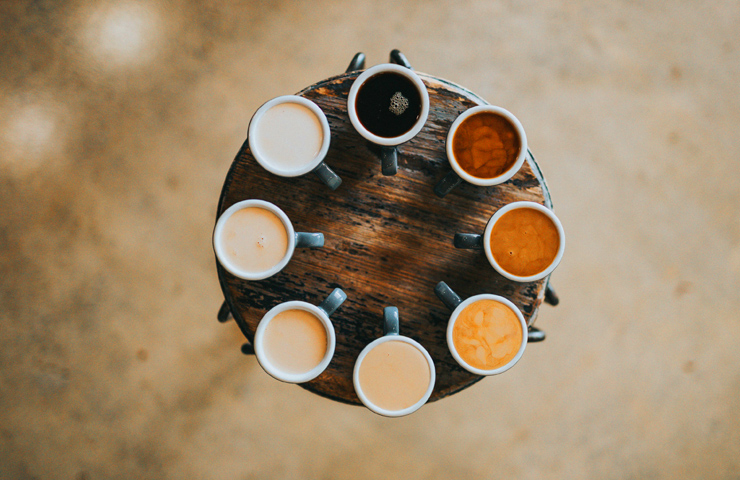 What Your Coffee Says About You