Australians all let us rejoice, for it’s almost Grand Final time and we all know what that means… a day off work. Of course there’s a lot more to it all than JUST a sleep in – so in case you aren’t up with the play on all things footy, here’s a brief guide to help you navigate the lead up to one of Australia’s most venerated (albeit newest) traditions. 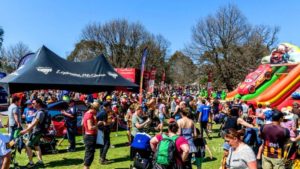 Whether you’re heading to the game or not, get yourself and the family down to Yarra Park for some sweet FREE entertainment in the form of competitions, displays of all types, giveaways, and much – oh so much – more. You can also watch the game on the big screen, so you can feel like you’re amongst the action – without forking out one red cent. 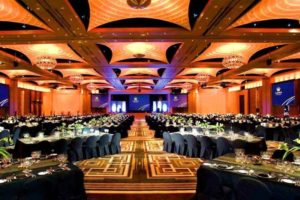 The Grand Final Comedy Debate is the premier AFL- endorsed event for women during Grand Final week. Taking place at the Crown Palladium on Thursday 29th, the debate promises a light hearted lead in to the long weekend (and for a good cause, too).

Find out some more info via the official website, here. 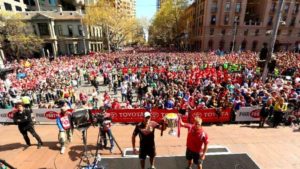 The day before the hallowed game has now officially received a ‘public holiday’ status in Victoria, so you can guarantee there’s no shortage of things to do (instead of work). First on the list is the AFL Grand Final Parade, which starts at the Old Treasury Building and continues all the way down to the aforementioned AFL Live Site (in Yarra Park). Be prepared for a raucous afternoon of festivities, with marching bands, roving entertainment, and the grand finalist teams themselves all making an appearance. 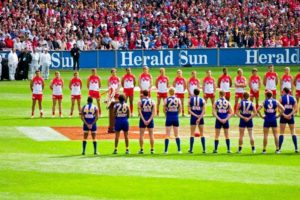 In case you had a little *too* much fun on your day off yesterday, Vance Joy and the Living End are on hand to razz you up for the big game. Speaking of which…

Yes that’s right team, there is actually a game being played among all this revelry. The AFL Grand Final is held at the Melbourne Cricket Ground (which, it might interest you to know, is the tenth-biggest stadium on the planet). This game is billed as the most important sporting game of the year, so you can expect some excitement amongst the masses… to say the least.

If you’re interested in attending the AFL Grand Final, make sure to get in early to avoid disappointment. If you can’t get tickets to the game, head down to the AFL Live Site at Yarra Park to watch the game live – or come join us at one of Richmond’s awesome bars (we’re going to point you in the right direction, never fear).

The cherry atop the cupcake that is the AFL Grand Final Weekend, the Premiership Party is geared to be a big one. Vance Joy and the Living End are back to help you celebrate (or commiserate) from 6pm until god-knows when. Boom.

Not going to the game, but still want to be part of the action? Check out our guide to where to see the game – and be seen – around Richmond over the AFL weekend here. 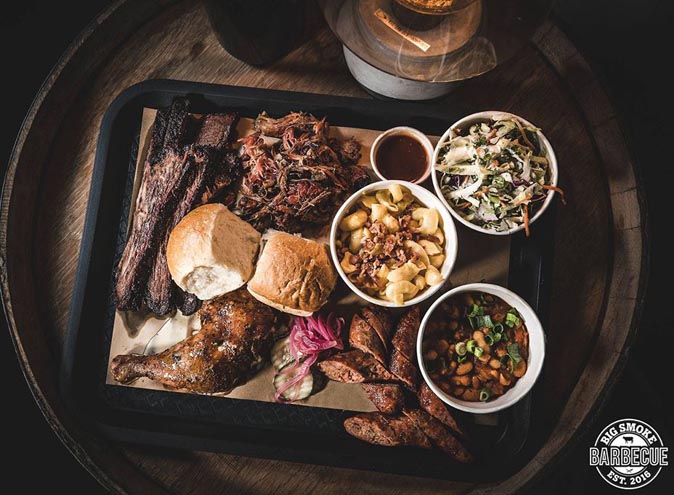 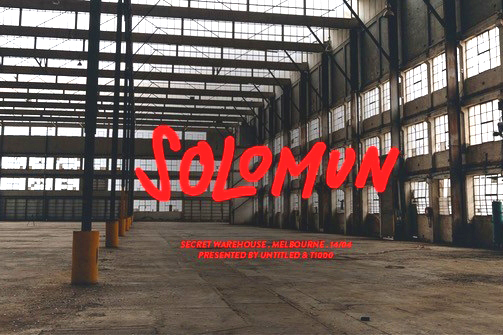